Have you ever seen real giant pandas? How about visiting 5 of them in one day?

About 3.5 hours drive (by bus or train) from Osaka, is a lovely town Shirahama. There are many attractions there. In the coming few posts I am going to introduce some of the key places in that area.  This town is featured by it’s panda family. As soon as you arrive Shirahama, you will see panda figures and souvenirs everywhere, I really mean everywhere! Even the train station ticket counter and the platform! Of course they also have a panda themed train but I was not lucky enough to see it. 😭 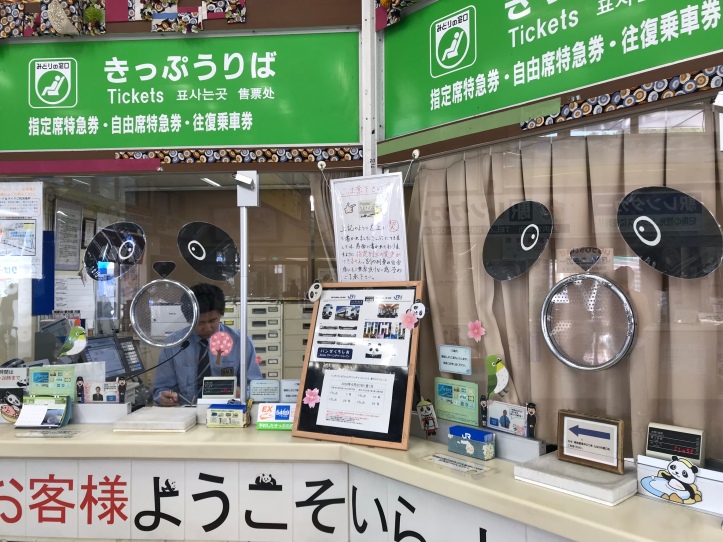 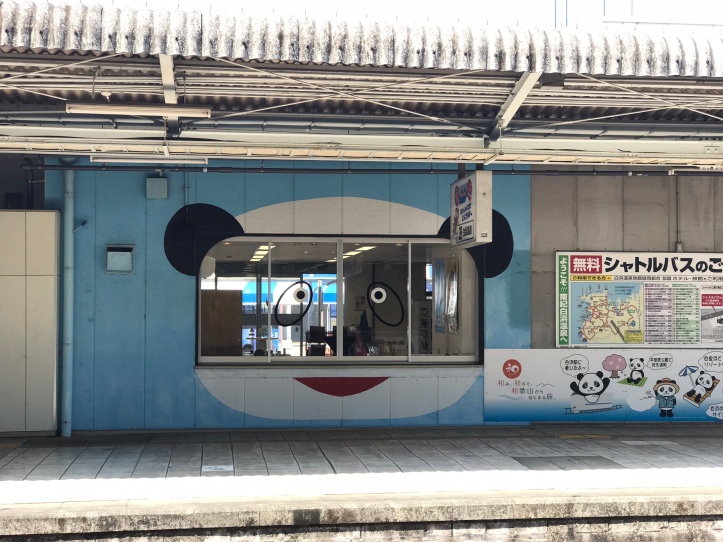 I have visited many theme parks in Japan before and this is one of the must go for all animal lovers. You can spend more than half a day there depending how crowded it is. Other than pandas 🐼, there are animals safari, aquarium, land & sea animals & birds shows and feeding. They also have kids and youth amusement rides as well.

What this park has amazed me the most was the high activity level of all the animals there. And most of the animals have plenty of rooms to walk/swim around, in comparison with other zoos/park. Also if the Park is not too crowded on your day of visit, you can be standing right next to (or even touching) some of the animals.

Giant Pandas are classified as one of the vulnerable species. There are only a few thousands of them in the world. Their population were mainly threatened by continued habitat loss and a very low birthrate, both in the wild and in captivity. Pandas are one of the national treasures of China. Over the years, China has spent a lot of money and resources in their research and breeding centres. Also for diplomatic reasons, China would give away (or lend) pandas to other countries. This was how this theme park got their first panda.

As of 2018, the five pandas in the park are from one family: dad, mom, twin sisters and the youngest little sister. The panda father Eimei 永明 was a gift from China. He was a very successful dad, had many babies with his ex-mate (also a gift from China). Then after his first mate passed away, one of their daughters Rauhin 良浜 (born in Adventure World) became his new mate, and continued with their successful breeding.

So far, Eimei and Rauhin already had a total of 8 cubs! 5 of them were sent to the China research center, and three remained in the park. Because Eimei were so successful with his “international reproduction program”, he has won the tenth Japan Animal Award this year, given by the Japan Animal Protection Association.

Now Staying in this theme park are their three youngest cubs, the youngest one is 2 years old Yuihin 結浜. 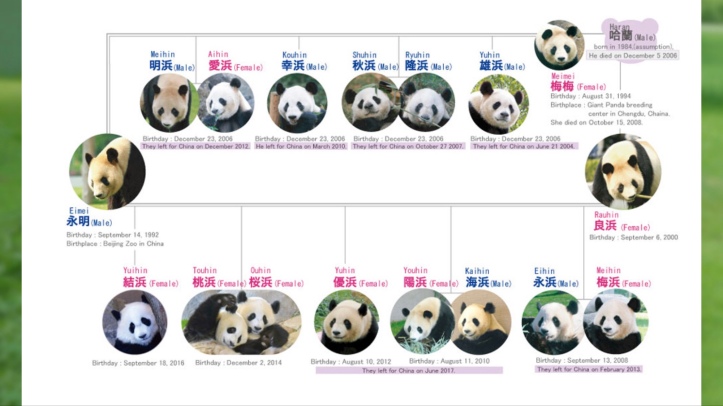 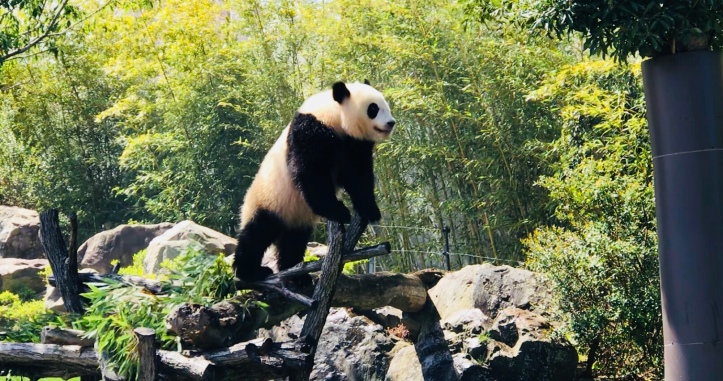 We visited her first thing when the park opened at 9:30am. She was so active, keep playing like a kid but very clumsy. Have a laugh at her short clips below. 😂

Their names are Ouhin 桜浜 and Touhin 桃浜. They eat bamboo 13 hours a day, sleep 10 hours and the remaining 1 hour of the day they doing other things (I guess pee and poo) 😂🤣. Look at the below short videos, you can see that they are quite picky with their bamboos. 😋

How to get there?

Make sure you check their official site for opening days and hours before you go. It’s usually closed on Wednesday.